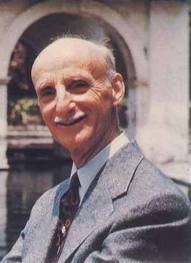 Walker advocated a diet based solely on raw plants like vegetables, fruits and nuts. He considered cooked, baked or frozen food dead and therefore unhealthful, saying that “while such food can, and does, sustain life in the human system, it does so at the expense of progressively degenerating health, energy, and vitality.” As a strict vegan, he did not recommend eating meat, dairy products (with the exception of raw goat milk), fish or eggs; although, some of his recipes include egg yolks, cottage cheese, and Swiss cheese, as well as raw cream. His diet suggestions avoided such staple foods as bread, pasta and rice, and sugar.

Walker devoted large sections of many of his books to the description of the different organs of the human body, explaining how the digestive system and the various glands work. He considered a healthy colon the key to one’s health. He estimated that 80% of all disease begins in the colon. He wrote: “Every organ, gland and cell in the body is affected by the condition of the colon.”

According to Walker, the number one affliction underlying almost every ailment is constipation. In other words, it is “the primary cause of nearly every disturbance of the human system.” This is because the blood vessels lining the colon collect nutrients missed by the small intestine. In his book Pure and Simple Natural Weight Control, Walker explained, “If the feces in the colon have putrefied and fermented, any nutritional elements present in it would pass into the bloodstream as polluted products. What would otherwise be nutritional instead generates toxemia, a condition in which the blood contains poisonous products which are produced by the growth of pathogenic or disease-producing bacteria.” Pimples can be an indication of the presence of toxemia. Walker maintained that the Standard American Diet causes the colon to be filled with toxins that strain the elimination channels and ultimately, the immune system.

Norman’s work lives on in new juice advocates such as Jason Vale in the UK, otherwise known as The Juice Master, and Jay Kordich who popularized “juicing” in the United States with extensive television advertising in the 1990s.

“Parasites must be eliminated to receive the best result from any diet or cleanse”. Dr Hulda Clark