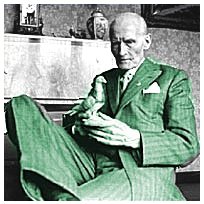 Like many other alternative doctors, Dr Moerman considered that «cancer was [caused by] a malfunctioning of the immune system that manifested itself outwardly on the body’s weakest organ as a tumor.»

The cure rate for this diet is very high for non-terminal cases (i.e. roughly the same as orthodox medicine, but based on «total life,» not a 5-year cure rate), but it also cures about 50% of terminal cases. Since it is designed to build the immunity system and stop the spreading of cancer, its cure rate for advanced terminal patients is probably not very high, though I do not have that information broken out.

I quote from the book: «not every case of cancer can be cured with the Moerman Therapy: However, all forms of solid tumor cancer have responded to it…»

The research on Vitamin C is well known (see Chapter 3 of my «War» eBook), but the research on Vitamin A is not as well known, unless you consider the many studies that show carrots have cancer-fighting abilities. However, it was shown by an Oxford University researcher that «Vitamin A could not only slow the growth of a cancer tumor, but that in some cases it could actually turn a malignant tumor into a benign tumor.»

The iron is most interesting. There is an «Iron Cancer Cure» developed by Austrian faith healer, R.A. Hoffmann. I have never seen this element in a standard alternative cancer treatment, though some of the foods that are known to treat cancer do have iron in them. However, a warning is in order. Too much iron in the blood can lead to heart attacks. This is a little known fact that has been ignored/suppressed by the medical community.

As Dr. Moerman discovered, small amounts of Vitamin A had little effect on stopping the growth of the tumors. «He found that the most effective dose of Vitamin A was as high as 50,000 I.U. daily, although he increased this dose to 100,000 I.U. in some severe cases.» (Page 11)

3) Vitamin C – 1,250 mg. to 10 grams daily – taken in several small dosages throughout the day because it cannot be stored by the body – «The patient should take the highest dose of Vitamin C that he or she can tolerate» – found in citrus fruits and green leafy vegetables

6) Iodine – 3 tablespoon solution daily – 1 tablespoon three times daily (Iodii spirit, 3%. Mix 1 to 3 drops in 300 g. water or red sour wine) – «This can be prepared using equal parts of the iodii spirit and the other liquid, depending on the severity of the case» – found in iodized salt, which is not allowed on this diet, thus it must be supplemented