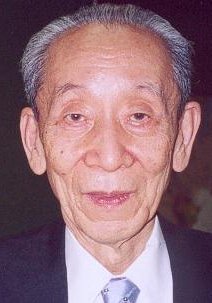 “Although a relatively recent creation, the macrobiotic diet is based in large part on the yin-yang principle of balance, a fundamental component of ancient Chinese medicine. Yin and Yang are opposite forces believed to describe all components of life and the universe. Here the world view of balance is embodied in diet including the selection, preparation, and consumption of foods.”

“For treating and preventing cancers, diets are to be varied according to the “Yin” and “Yang” nature of the tumors.”

Anthony J. Sattilaro, MD, an anaesthesiologist at Methodist Hospital in Philadelphia has become a vocal proponent. He “attributes this diet as the reason he recovered from metastatic prostrate cancer.”

“According to Kushi, cancer is the result of a person’s behavior, largely due to improper diet but also to his or her thinking and lifestyle. Improper diet produces a “chronically toxic blood condition.” He considers cancer to be a natural mechanism that localizes the toxic condition and detoxifies the body. Kushi writes, “Of primary importance in dealing with cancer, then, is not to disturb this natural mechanism by taking out or destroying the cancer.’

He states that compared with cancer patients treated only macrobiotically, conventionally treated patients who are then treated macrobiotically ‘often take longer to recover… and their recovery is often more complicated and difficult.'” (CA 1984)

To proponents, cancer is seen as a result of an unbalanced condition, by which the body attempts to localize toxins and thereby produce balance. Therefore, after “macrobiotic diagnosis,” specific dietary recommendations are made and implemented. The implication is that appropriate dietary treatment will resolve the cancerous state.

“Parasites must be eliminated to receive the best result from any diet or cleanse”. Dr Hulda Clark,Supplement all Dr Clark Diet Programs with a Dr Clark Professional Zapper for amazing results